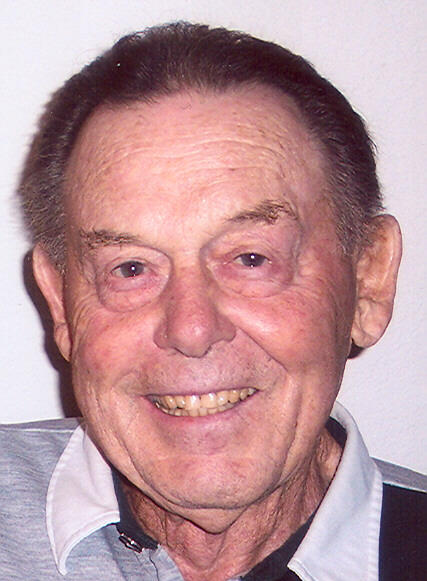 Ambrose “Dick” Dickrell passed away on September 22, 2009, at St. Elizabeth Hospital surrounded by his family after losing a courageous fight against cancer. He was born October 11, 1927, in Elkhart Lake to the late Arthur and Mary (Klapperich) Dickrell. He graduated from Freedom High School in 1945 and enlisted in the U.S. Navy serving on the U.S.S. Satyr. He was proud of the fact that it was his ship that brought in the German submarine that is on display in the Museum of Science and Technology in Chicago. He married Viola Gerrits on May 5, 1951. He worked at Machinery and Supply as an inside salesman and retired from there in 1989. He was passionate about golf, playing it, watching it, and helping people out with their game. He would golf 18 holes everyday that weather permitted until his illness prevented him from playing. He had memberships at Chaska and Wander Springs, but played many other courses in the area and United States. He made many friends while playing golf and especially enjoyed his “buddies” at Chaska.

He is survived by his wife, Viola; daughter, Sandy (Mark) Altergott; son, William (Lydia) Dickrell; grandchildren: Brett (Heidi) Altergott of Oak Creek and Abby Altergott of Milwaukee; great-grandchildren: Chase, Logan and Hannah Altergott; brother, Joe Dickrell of Naperville, IL., sisters-in-law: Marilee Dickrell and Alice Turner and many nieces and nephews. He is further survived by his “second family” which is his best friend, Bill Greiner and his family. He was preceded in death by his brothers, Clem and his twin brother, Tony, sister, Fran Turowski and sister-in-law, Jackie Dickrell.

In lieu of flowers, a memorial fund for Dick has been established.