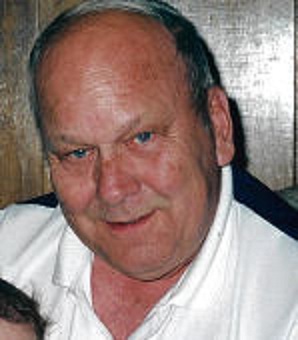 Ambrose A. Magalski, 86, passed away peacefully on Friday, January 5, 2018, at Oak Park Place Assisted Living Community, Menasha. He was born on April 23, 1931, in Menasha, son of Frank and Phyllis (Jung) Magalske.

Ambrose was a kind, authentic and passionate man who enjoyed playing and watching sports, cheering for his New York Yankees, coveting his next Cadillac, vacationing in northern Wisconsin, and grilling juicy steaks while singing “In the Good Ol’ Summertime.”

After graduating from St. Mary’s High School in 1949, he enlisted in the United States Marine Corps. He proudly served 3 years in the Marines with the 2nd Battalion, 5th Regiment of the 1st Marine Division (W-2-5). He was a Korean War Veteran, serving in Korea from February 1952 – February 1953. He remained in close contact with many of his fellow Marines, including his good friend Dominic Guzzo.

Upon his return, he met and married Shirley Lisch. She preceded him in death on November 29, 2012, after 57 years of marriage. He worked most of his career at the George Banta Publishing Company. Amby was a trivia expert. On a trip to Charleston, SC in 2014, he won a trivia contest, beating out a much younger crowd.

He lived in his home in Menasha for 58 years surrounded by some wonderful neighbors, especially Luke and Mary and Kevin and Donna. The family will be eternally grateful for his neighbors love and concern especially as he looked at life as a widower. In Amby's final year, Mark Brunn, Bob Jankowski, and Deacon Rick made his final days much richer.

Ambrose was especially proud of his 4 children: Greg (Susan), Elizabeth (Michael) Hayes, Kathryn (Michael) Brunn, and Mick (Mary). He will be dearly missed by his 8 grandchildren: Brad Magalski, Becky (Brian) Griep, Isabelle Stratte, Lillian Hayes, Michael and Christopher Brunn, and Ben and Jessica Magalski. He also had a great granddaughter, Eden, who was the apple of his eye. He is further survived by his brother: Jerome Magalske; sister: Phyllis (Mel) Blank; many nieces and nephews; other relatives, and friends.

Ambrose was preceded in death by his parents, and an infant sister: Marie Magalske.

Funeral services will be held at 11:30 am, on Thursday, January 11, 2018, at St. Mary Catholic Church, 528 Second St., Menasha, with Fr. Paul Paider officiating. Inurnment will be in St. John Cemetery, Menasha. Visitation will be Thursday at the church from 10:30 am until the time of the Mass. In lieu of flowers, memorials can be made to The Wounded Warrior Project or to The Disabled American Veterans. These were two of his favorite charities.

Amby called Oak Park Place of Menasha home for his final 10 months of life. He was loved and cared for by the wonderful staff there. They added a little spark to his life during this difficult time. Amby’s family would like to express special thanks to the compassionate staff of ThedaCare at Home Hospice. These amazing people took exceptional care of him during his final days. We cannot thank them enough.