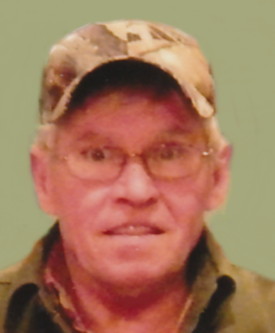 Al Rusch, age 56, passed away unexpectedly at his home in Little Chute on Tuesday afternoon, August 21, 2012. Al was born in Appleton on January 2, 1956, son of the late Alvin and Virginia (Hall) Rusch. He was a 1974 graduate of Appleton West High School, and entered the United States Army in 1975. After basic training, he served in the Army Reserves. For many years, Al was a truck driver for Waste Management. He was forced to retire a few years ago due to ill health. Al loved hunting, fishing, NASCAR, and spending time with his grandchildren.

He is survived by his son: Al (Lisa) Rusch, III of Kaukauna and their children Cortlyn Rusch, Alexa Rusch, Michael Hughes, Emily Hughes, and Olivia Hughes; a daughter: Karen (Phil) Kalwitz of Tigerton and their children Kendra Kalwitz and Leandra Kalwitz. Al also leaves behind six sisters: Jan (Robert) Warner of Appleton; Lorie (Donald) Olson of Appleton; Brenda (Michael) Miller of Appleton; Chris Rusch of Appleton; Tari (Harlow) Drephal of New London; and Lisa (David) Polzin of Appleton. There are also many nieces, nephews, other relatives, and many friends. Al was preceded in death by his parents, an infant brother, a brother Robert, and a sister Jeanie.

A memorial service for Al will be held at 11:30 AM on Saturday morning, August 25, 2012 at the Wichmann Funeral Home, 537 N. Superior Street in Appleton, with Rev. Ronald Nielsen officiating. Inurnment will be in Riverside Cemetery. Friends may call at the funeral home on Saturday from 9:30 AM until the hour of the service.