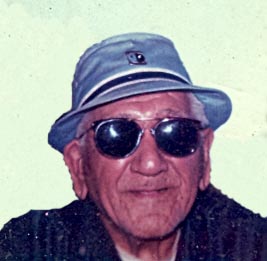 Alvin “Oliver” Smith, age 86, passed away at St. Elizabeth Hospital on Wednesday, April 29, 2009. He was born in Tigerton on February 11, 1923, the son of the late Sam and Caelia (Hill) Smith. After high school, Oliver joined the Air Force. He served honorably for 4 years and was most proud of his service to his country. Oliver then married Dorothy Johnson. She preceded him in death in 1994. Oliver was very dedicated to his involvement with the Civil Police and the Legion Post 41. He was strong in faith, having belonged to Holy Cross Catholic Church for many years. Oliver enjoyed watching baseball games at the local diamonds in Kaukauna and was well known for stopping in at the local Quick Stop for his morning donut.

Oliver will be sadly missed by his son, Oliver J. Smith and his fiancé, Ellen Menting of Freedom; grandchildren: Shawn Smith, Tom Weiland, Nina Weiland; great-grandchildren: Cheyenne Will, Dahlia Weiland and Shawn Smith's soon-to-be daughter, Peyton Smith. Oliver is further survived by several nieces and nephews and his dear friends, George and Marie Verkuilen. He is preceded in death by his son, Joseph Smith, several brothers and sisters.

A Memorial Mass will be held at 3:00 p.m. on Tuesday, May 5, 2009, at Holy Cross Catholic Church, 309 Desnoyer Street, Kaukauna, with Fr. Marty Fox officiating. Friends may call at the church on Tuesday from 1:00 p.m. until the time of service.