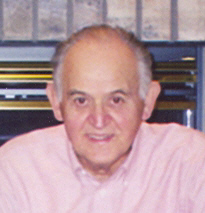 Age 73, went to be with the Lord on Thursday, April 13th, 2006 at St. Elizabeth Hospital after a long battle with congestive heart failure. He was born on October 25, 1932 to the late Jim and Esther (Lecloux) Euclide in Brussels, Wisconsin. When he was 12 years old he moved to the family farm in Maplewood, Wisconsin. He lived there until he moved to Milwaukee to continue education at Milwaukee School of Engineering, then the University of Wisconsin at Milwaukee, and eventually received a Bachelor‚Äôs Degree in engineering from Marquette University. On March 16, 1968 he was united in marriage to Ann Symes in Milwaukee at Holy Assumptions. He worked for GE for 35 years. In 1977 he moved to Appleton and worked in the paper industry for GE where he was highly regarded. He loved life and his enjoyments were many. He loved fishing, hunting, bowling, golf, dancing, and watching pro sports. He enjoyed his retirement and the traveling he was able to do.

He will be sadly missed by his wife of 38 years, Ann; his daughter, Lynn (Paul) Heider; son, Jeffrey (Pam) Euclide, his grandchildren who were his biggest joys, Matthew Heider, John Heider, and Skyler Euclide; his aunt, Betty; as well as many nieces, nephews, loving cousins and friends. He was preceded in death by his parents.

Funeral mass will be celebrated on Tuesday, April 18, 2006 at 11:00 A.M. at Sacred Heart Catholic Church (222 E. Fremont Street) with Father Robert Karuhn officiating. Friends may call at funeral home on Monday evening, April 17 from 4:00 until 8:00 P.M. and again Tuesday at the church from 9:30 A.M. until the time of the service in the Sacred Heart Room. In lieu of flowers a memorial is being established.

The family would like to thank Dr. Geller and the staff at Affinity Heart and Lung, with a special thanks to Jodi and Inez. Also a special thank you to the staff of 2nd floor South at St. Elizabeth Hospital.