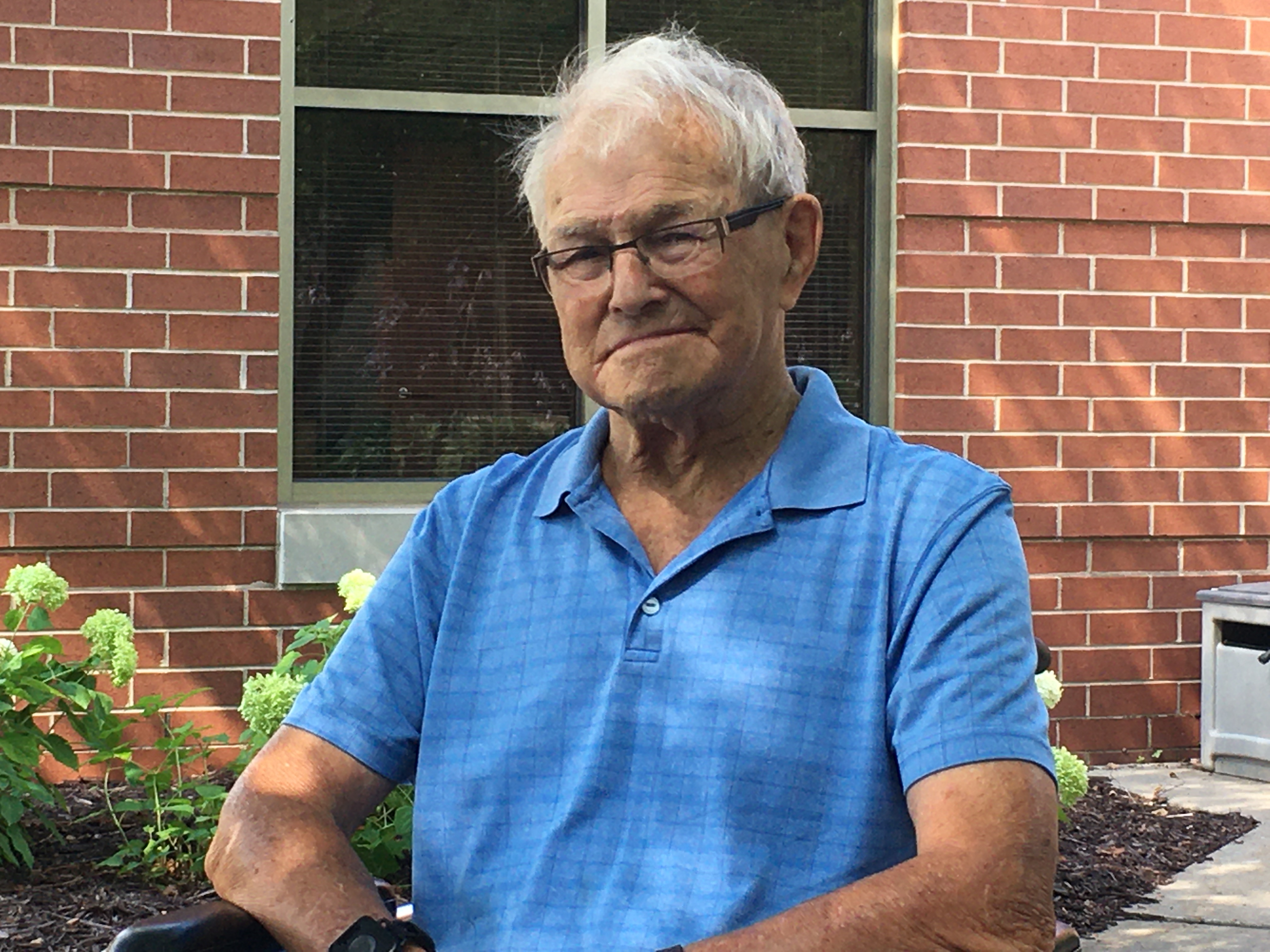 Allen Bergholtz, 93, stepped away from this life on April 23, 2021 at his home at Brewster Village in Appleton.  He was known for his tremendous sense of humor and zest for life.  It was often said that he never met a stranger he didn’t like – they provided him ample opportunities to trot out some of his favorite lines such as “Never been better!” or “Thank you until you are better paid.” In response to “Good to see you,” he would retort, “Good to be seen!”

Several years after Betty died, Allen met Dolores (Dori) VanEperen and her family. Allen and Dori were married in 2003 and spent many happy years together before Dori’s death in 2015.  Allen moved to Brewster Village in 2016 where he was part of a great mutual admiration society of those who lived and worked there – they loved him, and he loved them back. His family would like to express their sincere thanks for the kindness and love they showed him over the years.

Allen had great affection for his nieces, nephews, relatives, and friends.  He was a hard worker who spent years hauling milk and delivering meats and bakery goods before a career at AAA.  He delighted in Sunday rides that lasted for hours, so his work life provided great training for weekend travels.

Allen is already desperately missed by family and friends who understand that this man broke the mold.  His ability to thrive against adversity, thoroughly enjoy his life, and live with integrity and honor is an inspiration to all who knew and loved him.

Wichmann Funeral Home is assisting the family with arrangements.  Funeral services will be held at 11:00 am Monday, April 26, 2021 at Emmanuel United Methodist Church on College Avenue in Appleton with Rev. Ben Morris officiating.  Visitation will begin at 9:30 am and lunch will follow the service at Pullmans in Appleton.  On Tuesday, Allen will return to his beloved Plum City, Wisconsin for burial and a graveside ceremony at 12:30 pm.  A luncheon at Molly’s on Main will follow.  In lieu of flowers, hug someone you love and keep your glass half full.