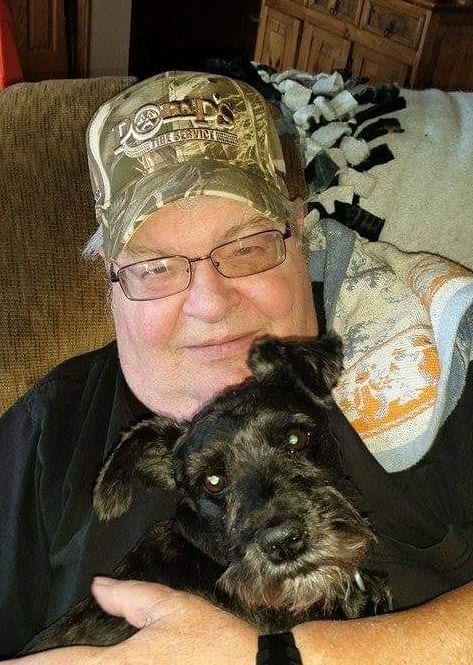 Allan Tracy Lauterborn “Big Al”, age 77, of Kaukauna, WI passed away on December 9, 2020. He was born in Cambridge, MA, to the late Jack and Jean Lauterborn. Al’s family settled down in Minneapolis, MN. This is where he met and married Sandra McNair. They had three children, Jack, Jill and Bonnie. Although divorced, they remained good friends. He never turned down her Swedish pancakes or Christmas cookies. He liked to remind us he was the “Cookie Monster”.

Al was united in marriage to JoAnn M. Skalmusky in 1982. Three additional children became part of his family, Tara, Trisha and Todd. Al and JoAnn celebrated 32 years together before her passing in October 2014.

Big Al worked for Thom McAn shoes and this job brought him to Appleton, WI. His love of people and sales led him to a management position at the Fair Store. This was an Appleton staple on College Avenue for appliances and electronics. He always said the Fair Store led the way to stores opening on Sunday. Al also owned his own business, Fox Valley Honda. He retired after 12 years at Miller Electric, as a metal fabricator.

Upon retirement Big Al moved to his favorite place on earth, Chute Pond. He was the Town of Mountain Road Supervisor. Al loved fishing, pontoon rides and snowmobiling. This was a place of fun and joy for family and friends. Absolutely everyone was welcome and the memories will last forever.

Big Al had a personality and voice larger than life and left an impression on everyone he met. He was a generous and caring man to all those around him. While living on Chute Pond he was well know for Friday and Saturday night Karaoke at the local Bar and Grill. His go to song was ‘Cocaine’ by Eric Clapton. Of course, he had his own lyrics to the song. He made sure everyone had the time of their life. He religiously watched every Nascar race and his favorite driver was Dale Earnhardt.

He will be dearly missed by his children Jack (Jubilee) Lauterborn, Jill Lauterborn, Bonnie (Bryan) McLister, Todd (Eva) Skalmusky, Tara Schuh and Trisha Skalmusky. Grandchildren, Drew and Madison Lauterborn, Jorja McLister, Alana and Kyle Schuh, Johnathan and Madison Skalmusky and Sydney Weatherford. He is further survived by his Sister Melody (Lyle) Kuhn and many other friends and relatives.

Al was preceded in death by his wife, Joanne, parents Jack and Jean Lauterborn and Step Mother Marie.

There will be funeral services and a celebration of life planned in the summer of 2021. Date, time and place to be announced later.