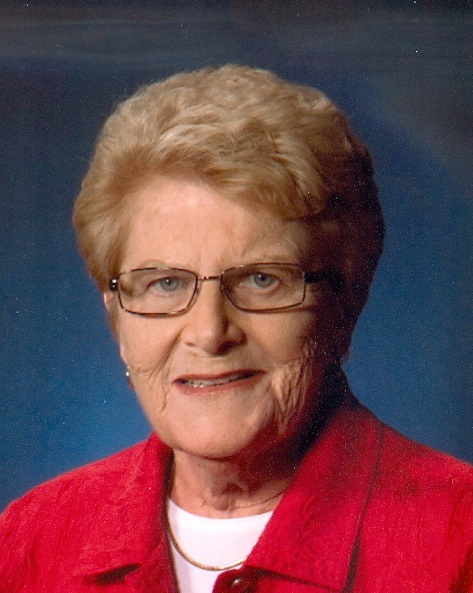 Alice Wolfmeyer, age 82 of Kaukauna, passed away peacefully on August 8, 2017 at Theda Care Regional Medical Center in Appleton. She was born September 5, 1934 in rural Manitowoc County to the late Louis and Leona (Buhk) Schramm. Alice attended St. John Lutheran Elementary School and Washington High School in Two Rivers, graduating in 1952. Alice then became a Registered Nurse (RN) in 1955, after graduating from Holy Family School of Nursing. While working at Two Rivers Municipal Hospital, she met her future husband, Waldemar “Wally” Wolfmeyer. The couple married on August 31, 1957 and would have celebrated sixty years of marriage this year. They lived in Madison where Alice worked at the University Hospital while Wally attended medical school. They moved to Duluth, Minnesota after Wally graduated. In 1963, the couple relocated to Kaukauna where Alice and Wally raised their four children. Alice worked briefly as a nurse at St. Paul Home in Kaukauna, was a member of Immanuel United Church of Christ where she served on several church councils, was a member of King’s Daughters, and Kaukauna Community Hospital Auxiliary. She also volunteered to serve Meals on Wheels for Kaukauna Community Hospital. Alice enjoyed family gatherings, traveling with family and friends, and spending time at their family cottage on Legend Lake.

Alice was preceded in death by her parents, her brothers: Emanuel (Dolores) Schramm and Lloyd (Carol) Schramm; her father and mother-in-law: Sanford and Dora (Krueger) Wolfmeyer; and a sister-in-law: Danalgene (Wolfmeyer) Campbell.

A memorial service for Alice will be held at 3:00 PM on Monday, August 14, 2017 at IMMANUEL UNITED CHURCH of CHRIST, 510 Sullivan Avenue in Kaukauna, with Rev. Gail Irwin officiating. Family and friends are invited to gather at the church on Monday afternoon from 1:00 PM until the time of the service.

The family would like to offer their sincere thanks to all their friends and family for their kind thoughts as well as to the nurses, doctors, and staff at ThedaCare Regional Medical Center in Appleton and Kaukauna Clinic for their care and compassion.