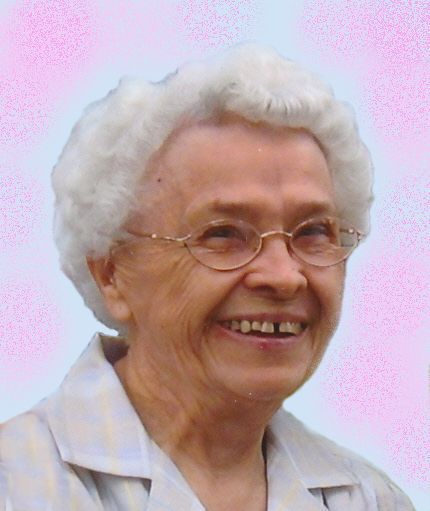 Alice Kolo, age 91, of Appleton, died peacefully at her home on Sunday evening, January 20, 2013, while sitting in her rocker enjoying her coffee. Alice was born on August 31, 1921, in Chicago, Illinois, to the late Peter and Anna (Drzastwa) Zagorski. She had two sisters, one brother and four step-siblings: she outlived them all. Alice married Casimer “Casey” Kolo on January 24, 1945, in Chicago, following his service in the U.S. Navy at Pearl Harbor during WWII; he preceded her in death on November 10, 2002. Together Alice and Casey raised two daughters, Ann Marie Gombus, Beverly, Massachusetts and Lorraine (Jeffrey) Luebben, Appleton. She is further survived by her grandchildren Jon L. (Meg) Gombus, and Lisa Marie (Mitch) Surowiec; her great grandchildren, Evelyn and Emmitt Surowiec. When her daughters were old enough, Alice returned to work at CNA Assurance Company in Chicago. Alice and Casey had a business raising Schnauzers‚Äîwhich Alice tolerated. She enjoyed baking and especially passing the baked items on to others. Alice was a talented seamstress and made clothing for the family. She was proud of the handmade habits she constructed for her brother Fr. Thomas Zagorski. However, she decided it was “too much” when the other priests wanted custom-made habits. Alice was a self-taught hair stylist who cut hair for her family, herself and many friends. When Alice and Casey retired they lived in Orofino, Idaho, and Guadalupe, California, before returning to the Midwest to be closer to their daughters. At Zion Mutual Home in Appleton, they were enriched by the friendship of the residents which they deeply appreciated‚Äîadding to their happy life. Alice attended her first Packer game at age 85, and thoroughly enjoyed participating in “the wave.” The Funeral Liturgy will be at 11:00 a.m. on Friday, January 25, 2013, at ST. THERESE CATHOLIC CHURCH, Morrison Street at Wisconsin Avenue, Appleton, with Fr. Bob Lexa officiating. Interment will be in St. Joseph Cemetery, Appleton. Friends may call directly at the church on Friday from 9:30 a.m. until the time of services. Interment will be in St. Joseph Cemetery, Appleton. Online condolences may be offered at www.wichmannfargo.com