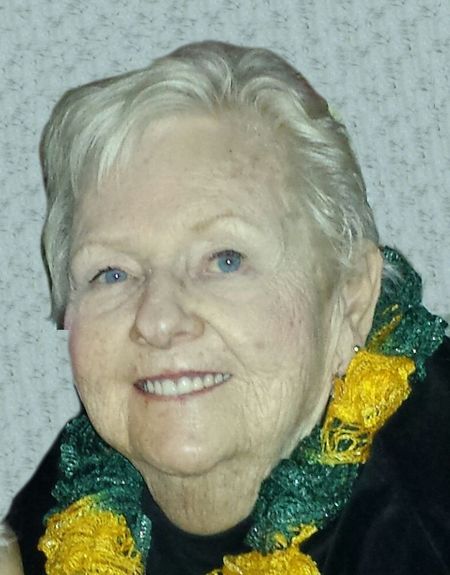 Alice King Case, age 76, of Appleton passed away peacefully surrounded by her family after a brief illness on Monday, December 16, 2013. She was born on July 10, 1937, in Pittsburgh, Pennsylvania to the late John and Mary Hague King. Alice lived a bit of a nomadic life, having lived in seven different states by the age of 16 before settling in the Chicago area, which she called home until she moved to Appleton in 1980. Alice earned a Bachelor's Degree in Studio Art at Coe College in Cedar Rapids, Iowa and pursued graduate studies at Northern Illinois University and Bennington College through the Massachusetts College of Art.

Alice was an accomplished artist who specialized in abstract painting, drawing and collage. She joined the Lawrence Art Department in 1980 after teaching art classes in suburban Chicago for 21 years. Through her initiative and insistence, Lawrence introduced computer-assisted art courses to the department curriculum in 1987. In addition to teaching, Alice directed Lawrence's Art Education program, supervising the certification of nearly 50 future art teachers before retiring in 2000. She remained in Appleton in retirement and continued to teach an occasional figure drawing class or tutorial for another four years. Upon her retirement, Alice said Lawrence had, “Changed her life. It was the best thing that ever happened to me.”

She was a two-time recipient of Artist-in-Residency awards to the Vermont Studio Center, one of the country's leading creative communities for working artists. Her art was showcased in national juried and invitational exhibitions in more than 30 galleries across the country and several of her works were used as compact disc covers for Lawrence Conservatory ensemble recordings. In addition to all of her art accomplishments, she loved spending summers at the family's cottage in Lac du Flambeau. She also enjoyed sailing on Lake Winnebago with her husband. While she was there, she loved spending time with her family and sailing with her husband. Alice enjoyed spending extended periods of time in Mexico, often times using Mexico's beautiful nature and culture as inspirations for her artwork. She also enjoyed cruising with her grandchildren. Alice had a very special place in her heart for all of God's creatures, especially dogs and cats.

The family would like to extend a special thanks to Dr. David Ebben and his nurses Terry and Lynn, Dr. Timothy Goggins, Lawrence University, and the Ladies of St. Bernard Parish. The family would also like to recognize Alice's wonderful lifelong friends, Al and Pat Gregory, Kathy Rietz and Barbara King.