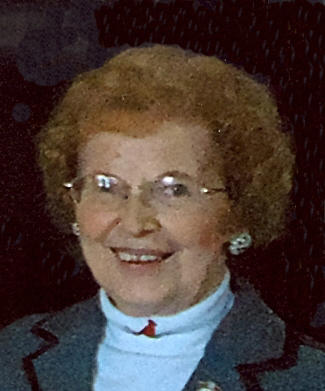 Alice Subert, of Kimberly, age 88, passed away on Tuesday, October 1, 2013 at Cherry Meadows. She was born on August 19, 1925 in Combined Locks to the late Lambertus and Christina (Vander Zandt) Coenraad. Alice married Neil Davidson in August of 1951, and he passed away in 1961. On August 17, 1963, she married George Subert and he died on August 30, 2004. Neil and Alice sponsored many sporting teams over the years. She was the owner of Connie's Bar in Kimberly. Alice was an avid traveler, and member of the Holy Spirit Parish.
Alice is survived by her sisters and brother: Geraldine Fahrenkrug, Martin Conrad, Wilma Weyenberg, and Theresa (Roy) Vanden Heuvel; brother-in-law: Dale Seefeldt; and sister-in-law: Marie Van Dehy. She is further survived by many nieces, nephews, other relatives, and friends.
Alice was preceded in death by her husbands; sisters: Harriet (Marty) Van Dehy, Josephine Seefeldt, and Gertrude (Dick) Grieshaber; brother: Chris (Jane) Coenraad; and sister-in-law, Joan Conrad.
The funeral liturgy for Alice will be held at 5:00 pm on Friday, October 4, 2013 at Holy Spirit/Holy Name Church, 600 E. Kimberly Avenue in Kimberly. Fr. Bob Kollath will be officiating. Burial will take place at the parish cemetery. The family will receive relatives and friends at the church from 4:00 pm until the time of mass. In lieu of flowers, memorials to ThedaCare at Home Hospice will be appreciated.