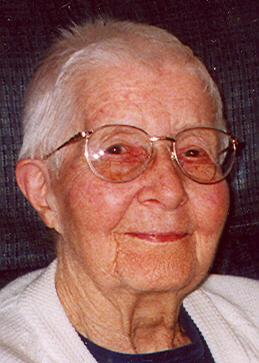 Alice E. Hamilton, age 89, passed away Tuesday, March 1, 2005, at her home. She was born June 5, 1915, in Maple Creek, Wisconsin, the daughter of the late Gustave and Edith (Mansfield) Affeldt. The Hamilton‚Äôs were long time residents of North Appleton Street. Alice was employed by the City of Appleton, working as a crossing guard at Columbus School. For many years, she really enjoyed the school children.

Funeral services for Alice will be at 11:00 A.M. Saturday, March 5, 2005, at TRINITY LUTHERAN CHURCH, 209 South Allen Street, Appleton, with Rev. Kurt Kovanen officiating. Interment will take place in Appleton Highland Memorial Park Cemetery. Friends may call from 9:30 A.M. Saturday until the time of services directly at the church. In lieu of flowers, memorials may be sent to Trinity Lutheran Church, Appleton, 54911.