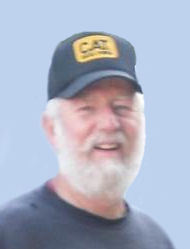 Alex Knaus, age 64, of Fremont, died unexpectedly on Thursday, May 29, 2014. He was born on August 30, 1949, in Appleton, the son of the late Alex and Anna (Huettl) Knaus. Alex proudly served his country in Vietnam from 1969 until 1971 in the Army as a Military Policeman. After his military service he began his career at Wisconsin Telephone Company and retired in 2001. On August 21, 1976, Alex married his soul companion, Judy Brockman, who now has suffered a broken heart. He loved the outdoors, especially hunting and fishing in Canada. Alex was a member of the Oney Johnston-Edward Blessman American Legion Post 38. He was known as Mr. Fix It and would spend long hours giving a helping hand to neighbors, friends, and relatives.

The funeral service for Alex will be held at 12:00 noon on Monday, June 2, 2014 at ZION LUTHERAN CHURCH, 912 N. Oneida Street in Appleton. Rev. Lloyd Luedeman will be officiating. The family will receive relatives and friend from 10:00 am until 11:45 am. In lieu of flowers, a memorial fund has been established in his name. Online condolences can be offered at www.wichmannfargo.com.