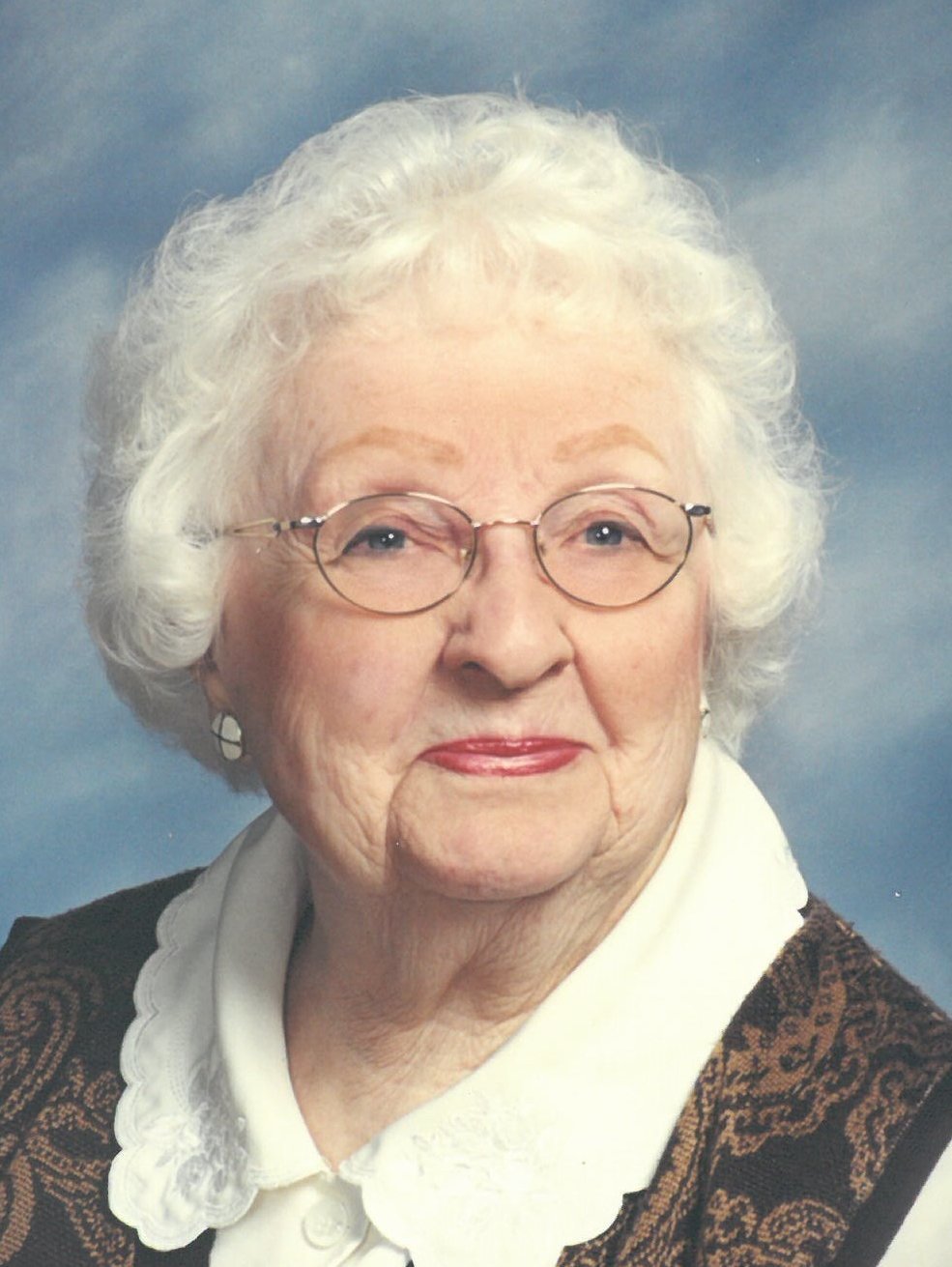 Aldeane E. Alstad (Curda) , 97 years, passed away peacefully on October 24, 2016 at Carolina Manor, Appleton. Aldeane was born on March 7, 1919 in Dwight, Nebraska to her loving parents Anton and Anna (Sobolik) Curda. She learned to sew at an early age and was a bookkeeper for her father's filling station at the age of 12. She graduated from David City High School and continued her education at Lincoln School of Business in Lincoln, Nebraska. She was the accountant for her husband's oil heating and dairy equipment businesses in Fergus Falls, Minnesota where they raised their family. Aldeane's career in Appleton included accounting positions at Riverside Floral, where she also put together floral arrangements during busy seasons, and Outagamie Abstract and Title which later became Evans Title where she enjoyed working there for 20 years to age 70.

On December 18, 1940 Alvin and Aldeane Alstad were married in Lakeland, Florida while he was on Base there. They had met while they were both at Lincoln School. Alvin for flight training and Aldeane for business. In 1962 they moved to the Appleton area and continued raising their family. Throughout their lives they danced at many events through the Newcomers and Elks Club. Card games, puzzles and making cut-out cookies with the family were her best family times. She had an incredible talent in sewing quilts and received a Blue Ribbon at her first competition. Countless family and friends have benefitted from her sharing her quilting skill.

A Funeral Service for Aldeane will be held on Monday, October 31, 2016 at 11 am at The Funeral Home. Private interment Riverside Cemetery. Family and friends may visit at the Funeral Home from 9 am until time of Service.

Aldeane's family thanks the wonderful staff at Carolina Manor, Community Care and Compassus Hospice for their loving care of our mother.