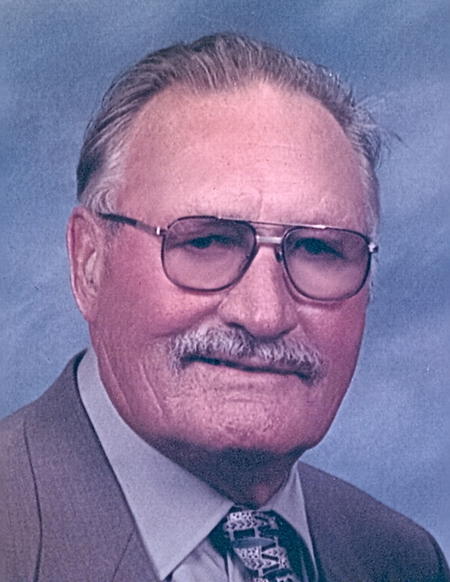 Albert H. Raymaker, 83, of Combined Locks, passed away on Thursday, February 3, 2011 at St. Elizabeth Hospital. He was born May 22, 1927 in Kimberly, the son of the late Adrian and Minnie (De Groot) Raymaker. Albert served in the U.S. Army from 1945-1948 and again from 1950-1951 in the Korean War. He was married on October 20, 1951 to Emaline “Mike” Hafeman at Sacred Heart Catholic Church in Appleton. The couple enjoyed 58 years of marriage, Mike preceded him in death on August 12, 2008. He retired after 46 years of employment with Appleton Papers in Combined Locks in 1989. Albert was a member of St. Paul Catholic Church in Combined Locks, VFW Post 10544, Combined Locks and Jacob Coppus Post 58 American Legion, Little Chute. After retirement they spent a lot of time at their cottage at Geano Beach Resort in Little Suamico. Al loved fishing and camping with his children and traveling in Wisconsin with his wife to enjoy the fall colors. He was a devoted husband, father and grandfather.

The funeral liturgy for Albert will be held at 11:00 am on Tuesday, FEBRUARY 15, 2011 at ST. PAUL CATHOLIC CHURCH, 410 E. Wallace Street, Combined Locks. Father Andrew Kysely will be officiating. Military honors will follow. Burial will take place at Holy Name Cemetery, Kimberly. A visitation will be held at the church on Tuesday from 9:30 am until the time of mass.