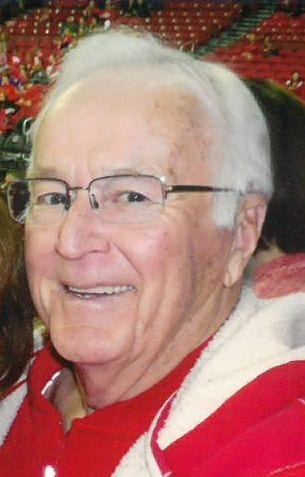 Al Tyczkowski, age 82 died January 8, 2020. Al was born in Pulaski to the late John and Tilly Tyczkowski. During his high school years he was proud of playing the accordion in a polka band called The Jolly Trios. Following his graduation from high school, he served in the Army. When he returned, he married his high school sweetheart Lee Banaszynski, who preceded him in death in 1997. They settled in Appleton where he worked for Asplundh. He then had a long career at U.S. Oil until retirement. Al was a family man who took pride in coaching his sons in baseball for over 20 years. He enjoyed playing softball. A memorable moment for him was when he was named M.V.P. of the Combined Locks Tourney in 1973.  He hit the championship game winning home run! Al taught his three sons how to fish, camp, bowl, hunt, and golf. As they grew older, Al always said he had the perfect golf foursome. Family, both immediate and extended, was an important aspect of his life when it came to hosting parties and attending reunions for over 40 years.

On October 17, 2003, he married Penny Paris which started a new journey of joining two families into one. In retirement, Al and Penny enjoyed traveling the world and attending Wisconsin sporting events which included 5 Rose Bowls and Milwaukee Brewers spring training camp. He continued to hunt, fish, and bowl through his later years in life. He also took joy in attending various events of the grandchildren from elementary school through college. He enjoyed playing the accordion for many years and performed with his grandkids. Al was a devoted family man who loved his wife, children, and grandchildren. He repeatedly said, “I have had a great life”.

Pursuant to his wishes there will only be a private family service.