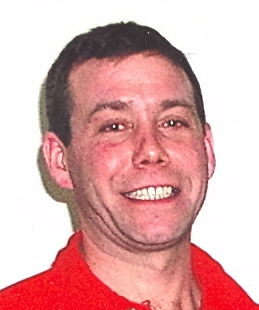 Alan Verhagen, age 47, of Appleton, passed away on Monday, April 8, 2013 after a short battle with cancer. Alan was born on February 2, 1966 the youngest son of the late Richard G. and Blanche Verhagen. Alan grew up in Kaukauna and graduated from Kaukauna High School in 1984, he then graduated from Fox Valley Technical College. He worked for CMD (Custom Machinery Design) in Appleton for 28 years. Alan settled in Appleton enjoying Octoberfest, flag and Christmas parades, running the Soul Burner with his family. Camping at Yogi Bear and around the state at many parks along with deer hunting with his brothers are things he really enjoyed along with backyard cookouts, playing or watching all the kids play football or dodgeball. When the Packers played he enjoyed the game but loved to watch Grant and Ryle play. He was proud of his kids.

Alan will be sadly missed by his three children Emily Jo, Grant Alan, Ryle Richard, and the mother of his children Julie. Alan is survived by five brothers and five sisters: David (Audrey), Jeff (Cindy Mangan), Dennis, Rick (Karen), and Brian Verhagen; Beverly (Clarence) Weyers, Mary Lappen, Sheila (Bob) Cook, Cathy Reetz, and Susan Verhagen. He is further survived by twenty five nieces and nephews, twenty four great nieces and nephews, and numerous other family and friends, especially Ann Koleske and Jeff Promer who were a great support for Alan and his family. Alan was preceded in death by his Father in April 2010, his Mother in January 2013, Sister and Godmother Patricia in January 2002, and an infant great nephew in 2009.

The funeral liturgy will be held on Thursday, April 11, 2013 at 4:00 PM at HOLY CROSS CATHOLIC CHURCH, 309 Desnoyer St., Kaukauna with Fr. Tom Pomery officiating. A time of visitation will be held on Thursday from 1:30 until 3:30 PM at Holy Cross Catholic Church. Interment will be in the family plot in Holy Cross Cemetery. Online condolences may be expressed at www.wichmannfargo.com. The family would like to thank the wonderful people at Cherry Meadows and Theda Care Hospice for taking such good care of Alan.

Alan,
We love you and miss you we know you're at peace wrapped in the arms of Mom and Dad.
Someday our family chain will be whole again.
Til then, sharing your precious memories at our family gatherings will help us heal.
Hug Pat for us and tell her she's not forgotten.
May God look upon you with favor.
With broken hearts we say good bye.
Your brothers and sisters

Dad ,
You will always be with us.
That first touchdown next fall is for you Dad.
We will run the race, we will always remember.
We love you and miss you.
Emily, Grant and Ryle