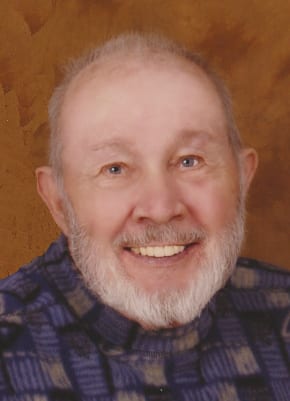 Alan David Mader passed away peacefully at home surrounded by family on June 22, 2020. He was born September 13, 1938 to the late Alois and Pearl (Fry) Mader in Appleton WI. He attended Appleton West High School, graduating with the class of 1957. He married his partner in life, Revana Irene Helvey, on November 7, 1959 in Appleton, WI, where they continued to make their home together for sixty years. Alan was a member of the Army National Guard for four years and was called to active duty service from October 1961 to August 1962. He was honorably discharged in March 1965. Alan also served as a police officer with the Appleton Police Department for more than 20 years.

Alan was a private person who enjoyed his family and the quiet things in life, including crossword puzzles, movies, and cards.  Those who knew him best will miss his big laugh and silly jokes.

He was preceded in death by his parents and twin sister Shirley Kavanaugh. According to his wishes, no memorial service is planned.