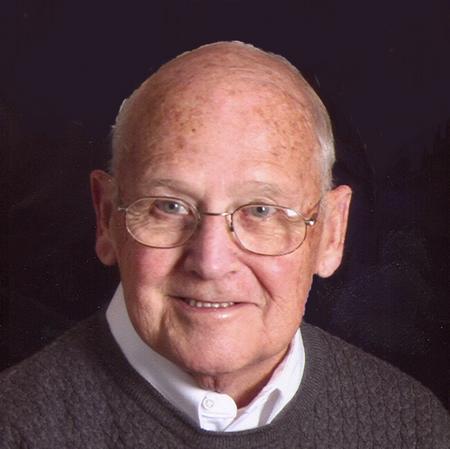 Age 74, passed away on Thursday, January 4, 2007 at Appleton Medical Center. He was born on June 6, 1932 in Neenah to the late Ceylon and Barbara (Timme) Kuester. Alan was a 1950 graduate of Menasha High School. After high school he proudly served his country in Panama with the United States Air Force. He married Lorraine Knuppel on August 22, 1959 at St. Therese Catholic Church in Appleton and they shared 39 wonderful years before she preceded him in death on December 26, 1998. He worked for many years as the controller for Huettl Bus. Alan was a faithful member of St. Bernadette Catholic Church. He enjoyed fishing, time ‚ÄúUp North‚Äù with his family, especially his children, grandchildren, and his great-grandson.

Funeral Mass for Alan will be held on Monday, January 8, 2007 at 7:00 P.M. at St. Bernadette Catholic Church (2331 East Lourdes Drive) with Father Don Zuleger officiating. Friends may call directly at church from 4 P.M. until the time of mass. Interment will be in St. Joseph Cemetery, Appleton. In lieu of flowers, a memorial fund is being established.

Our family would like to thank the wonderful staffs at Appleton Medical Center and the Martha Siekman Cancer Center; Dr. Klingbeil and staff at Surgical Associates, Dad‚Äôs friends at Huettl Bus, and all his friends for their love and support.