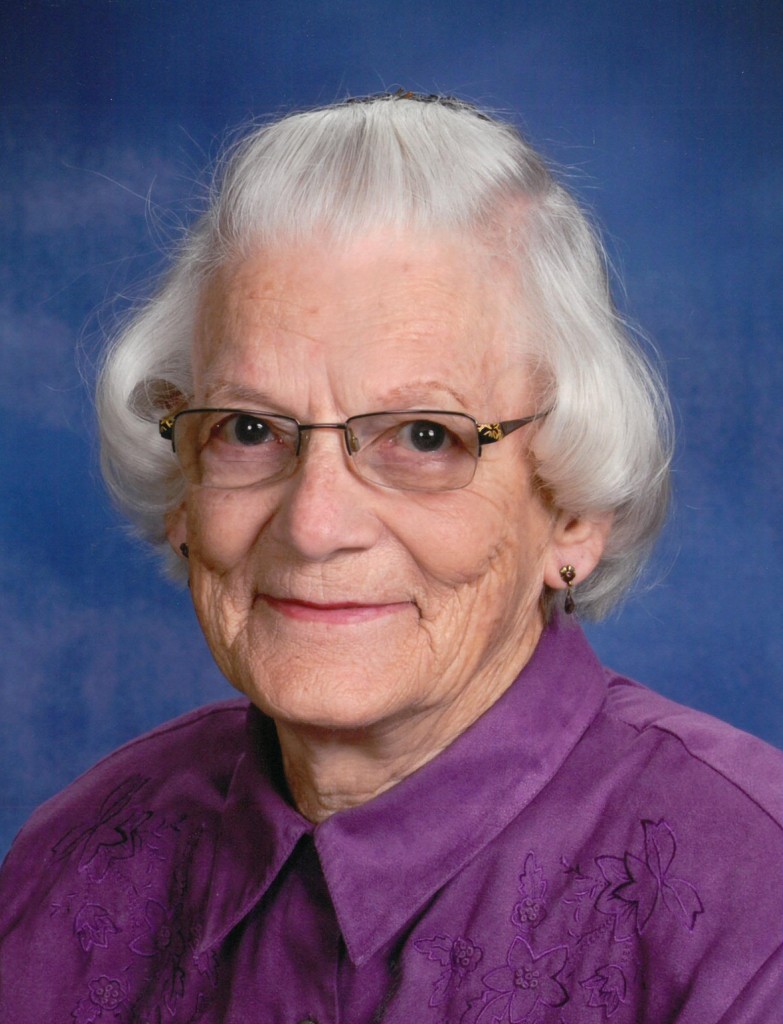 An aortic aneurysm took the life of Agnes Karner Rademacher on Thursday, August 22, 2019. Agnes was born in Kaukauna on August 18, 1926, daughter of the late Peter and Catherine (Vanderloop) VerBockel. On June 30, 1951, Agnes married Norbert Karner, and the couple was blessed with seven children. Norbert passed away in August of 1980. On September 29, 1984, Agnes married Clifford Rademacher, and gained another daughter. They spent many happy years together until his passing in January of 2006.

Agnes helped Norb run the family farm while raising the family and was a longtime and faithful member of Sacred Heart Catholic Church in Sherwood, which included many hours of cleaning the church. She also enjoyed her Tuesday seniors group, bowling, and the Thursday card club. She also enjoyed countless hours of gardening, canning everyone’s favorite dill pickles, making Danish pastries, and crocheting many doilies and afghans for everyone in the family.

The funeral liturgy for Agnes will be held at 4:00 PM on Tuesday, August 27, 2019 at Sacred Heart Catholic Church, located at N341 Military Road in Sherwood, with Fr. Michael Betley officiating. Interment will take place at St. Francis Cemetery in Hollandtown. Family and friends are invited to gather at the church in Sherwood on Tuesday from 2:00 PM until the time of the service.

The family would like to extend their gratitude to the special neighbors who helped make it possible for Agnes to stay in her own home by clearing her snow, mowing her lawn, and just watching over her. We will be forever thankful for loving and caring for our mom.