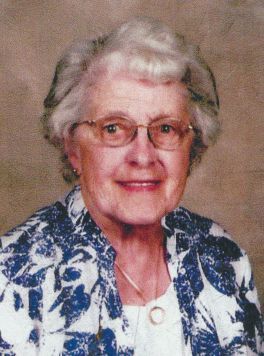 Adeline M. Kramer, 84, passed away peacefully surrounded by her loving family at her home on March 10, 2017. She was born to the late Elmer and Marie (Spreeman) Schoettler on August 24, 1932 in Appleton, WI. She graduated from Appleton West High School in 1950. She married the love of her life Robert Kramer on June 25, 1955 at St. Joseph Catholic Church in Appleton, he preceded her in death on February 23, 2012. She loved to do lots of baking, making cookies, crafts, emailing family and making rosaries for the missions and volunteered at the church. Not only was she a house wife raising their 9 children she worked at St. Elizabeth Hospital for 34 years, but most of all she enjoyed spending time with her family and friends.

She is preceded in death by her husband Robert, one brother Norbert Schoettler, one sister Marion Verstegen, two grandsons; Zachary Kramer, Timothy Garvey, and two sister-in-law's; Barbara and Kay Kramer.

“We want to thank you Mom for instilling the great values and Christian beliefs in all of us. We will continue to carry these forward to everyone we touch in our lives.”