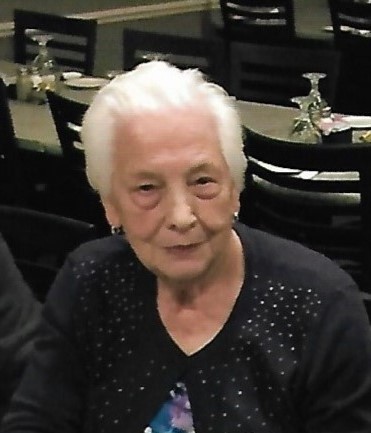 Adeline Marie Castor (nee Noels) was born April 9, 1937 in Montmartre, Saskatchewan and passed away at home after a long battle with idiopathic pulmonary fibrosis on June 18, 2019. She grew up in rural Saskatchewan where she was the second youngest of 10 children. She worked as a young woman at Grey Nuns Hospital in Regina which sparked a love for taking care of people. In June of 1965, she met the love of her life, James Walter Castor, and after a whirlwind romance married him on October 30, 1965. They were blessed with three children Michael, Shawnna (Jeffrey Erickson), and Arlene (Michael Hughes). They were further blessed with 10 grandchildren Sydnie, Aaron, Colin, Isaac, Noah, Elizabeth, Emily (Matthew Wren), Hannah (Andrew Shaw), Jack, and Lucille. In recent years, her family expanded even more with four great grandchildren Aurora, Naomi, Elijah, and Zoe.

She loved cooking, gardening, quilting, and was always up for an adventure. However, most of all, she loved being with her family.

She is survived by her brother; Bernard (Margaret) of Fort Qu’Appelle, Saskatchewan; three brothers-in-law and two sisters-in-law in Missouri.

She was preceded in death by her parents; Ernest and Lucy Noels; eight brothers and sisters; Dennis, Esther, Lillian, Armand, Robert, Alfred, Arlette, and Lorraine; and one sister-in-law.

The funeral service for Adeline will be held at 12:00 Noon on Friday, June 21, 2019 at Wichmann Funeral Home Tri-County Chapel. Visitation will be held from 10:30 AM until the time of service.

In Lieu of flowers any donations can be made to the Pulmonary Fibrosis Foundation at https://app.mobilecause.com/vf/PFFTribute/AdelineCastor or text PFFTribute361 to 71777.