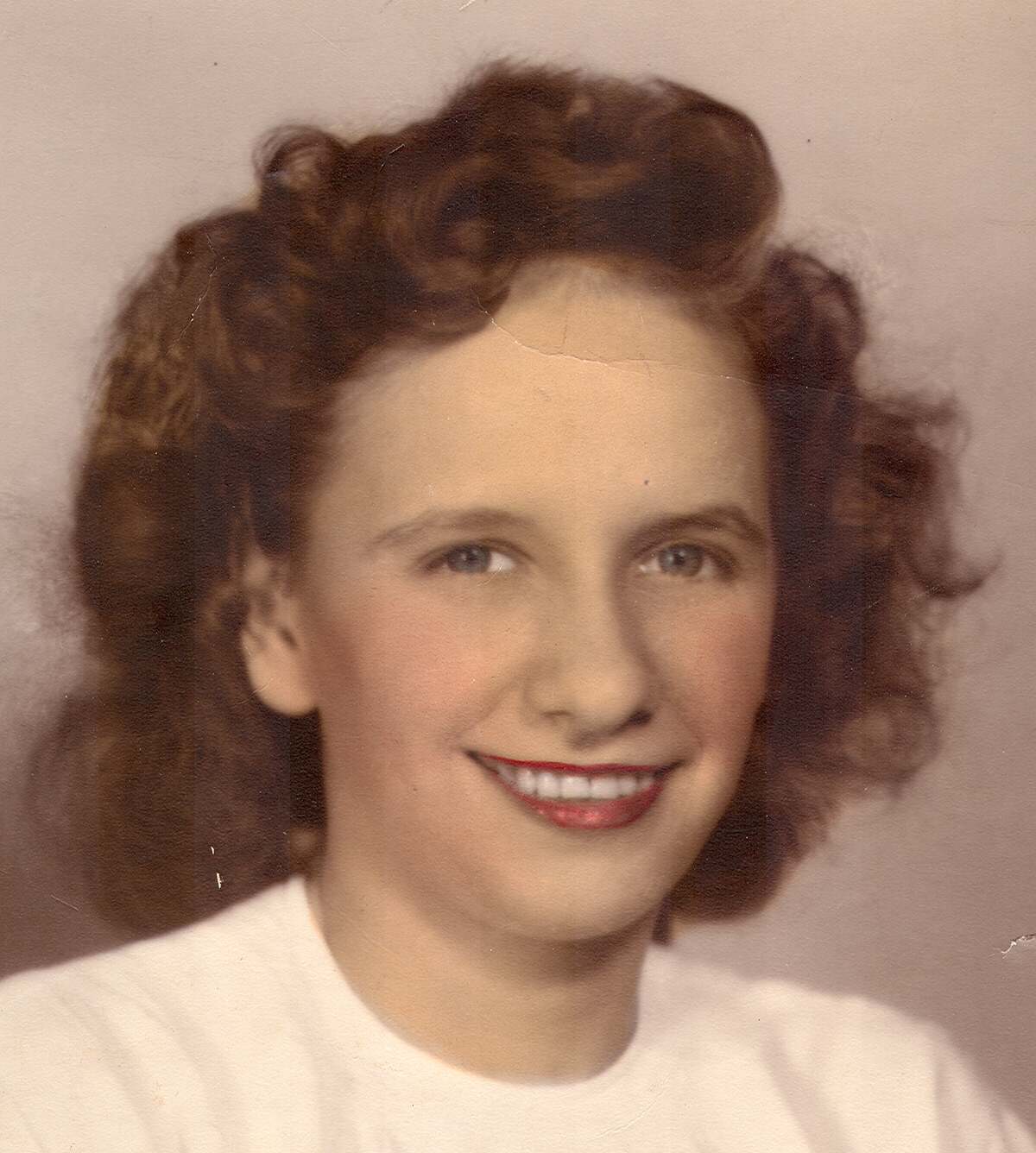 Adeline B. Hoffman, 83, passed away peacefully, Saturday April 16, 2011, at the Sheelan House with her loving family at her side. She was born October 28, 1927 a daughter of the late August and Laura (Bluemke) Rusch. Adeline married Howard Hoffman in 1951 and they had five children.
As a young girl Adeline worked at a plywood factory in Gillett, and later at Goodwill industries, and Valley Packaging in Appleton. She was a very caring, loving, and giving person. Her children meant the world to her. Adeline enjoyed shopping, going out to eat, and her weekend trips to Shawano with her children. She always had a spare purse, or a watch to give to someone who was special to her. Adeline had a smile that would melt your heart.
She is survived by her five children, Debra (Bob) Smith, Appleton, Michael (Joan) Hoffman, Almond, Sandra (Dave) Pribek, Appleton, Joann Hoffman, Appleton, and Tom Hoffman, Appleton; six grandchildren, Michelle (Mark Vieaux) Smith, Appleton, Shaun Smith, Appleton, Heather Hoffman, Appleton, Michael Hoffman Jr; Almond, Chad Pribek, Appleton, and Lynn Pribek, Appleton; four great-grandchildren, Elizabeth Hoffman, Thor Miller, Ada and Caleb Vieaux; three sisters, Lorraine Splitgerber, Shawano, Betty Panko, Appleton, Barbara Elliott, Appleton; one brother, Roger Rusch, Racine; four sisters-in-law, Judy Rusch, Appleton, Laverne Garske, Big Bend, Joyce Hoffman, New London, and Beverly (Art) Kregel, Larson; also many nieces and nephews. She was preceded in death by a sister, Agnes Schroeder; three brothers, Gordon, Harry, and Harvey Rusch; six brothers-in-law, Bob Splitgerber, Wally Schroeder, Wayne Elliott, Ken Hoffman, Arlyn Hoffman, and Edward Garske; sisters-in-law, Gloria Hoffman, and Mary Rusch; and her ex-husband, Howard.
Funeral service will be held at 11:00 am on Wednesday April 20, 2011 at ZION LUTHERAN CHURCH, 912 N. Oneida Street, Appleton, with Rev. Kurt Kovanen officiating. Visitation will begin at 10:00 am until the hour of service. Burial will be at Highland Memorial Park.
Adeline's family would like to give a special thank you to everyone at Sheelan House for their loving care, especially Julie who was mom's caregiver, friend, and guardian angel, “mom was lucky to have you in her life”. Also a special thank you to Cindy and everyone at Heartland Hospice.
“Mom, we will miss you always and may you now hear the angels sing loudly and the trumpets play with that beautiful smile on your face”.