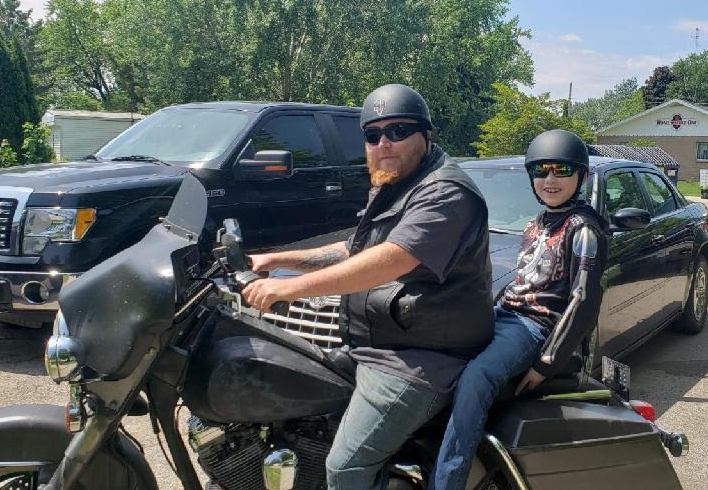 Adam and Layne Brown were taken from us on Saturday, June 5, 2021.  They were doing what they loved most – spending time on the motorcycle.

Adam and Layne will be very much missed by their entire family, which includes Elizabeth, along with Zariea and Jase;

Everyone will remember Adam for his love of movies, video games, music, his, fish, and motorcycle rides.  He was also a sports fanatic who followed the Red Wings, Brewers, Bucks, and Packers.   As much as anything, he enjoyed joking around and being around family.

Layne leaves behind his love of chess, Legos, motorcycle rides, and just joking around.  He enjoyed his German class, playing outside and riding his bike with his brother Jase.    He also kept busy playing video games with his cousins Silus and Jaden.

A visitation will be held on Friday, June 25, from 4:00 PM until 7:00 PM at the Wichmann Funeral Home located at 537 N. Superior Street in Appleton with a service to be held at the funeral home on Saturday morning at 11:00 AM.  There will also be visitation on Saturday, prior to the service, beginning at 9:30 AM.

In lieu of flowers, the family requests memorial tributes be directed to Adam or Layne Brown funeral fund to assist with expenses.